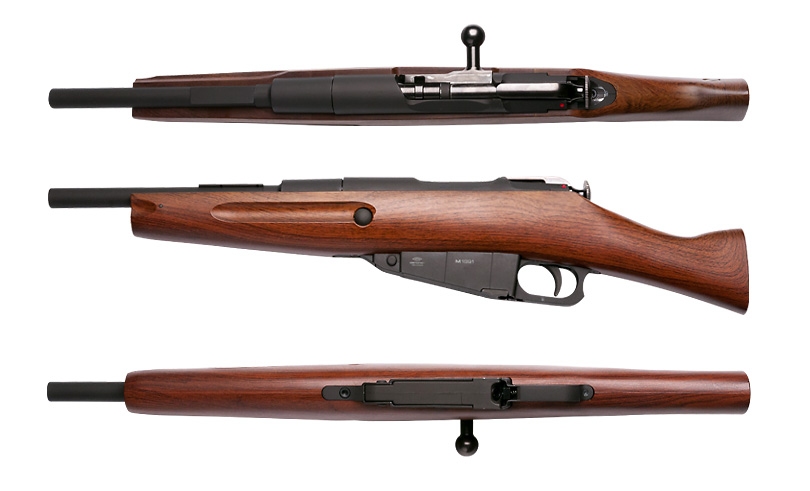 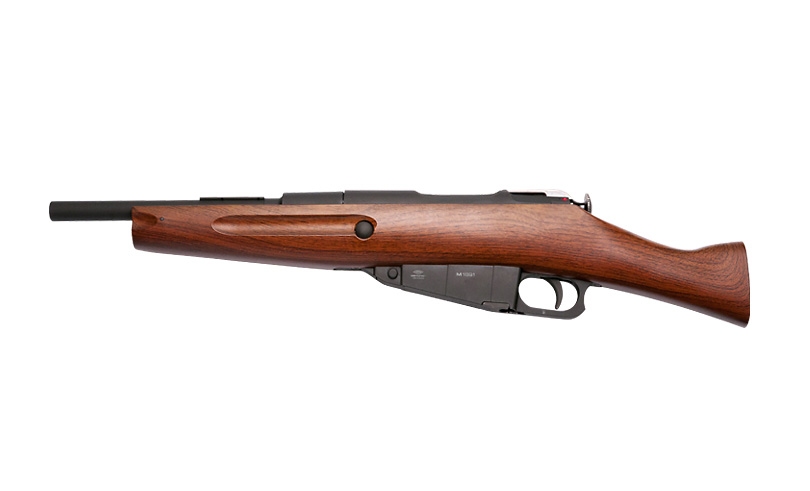 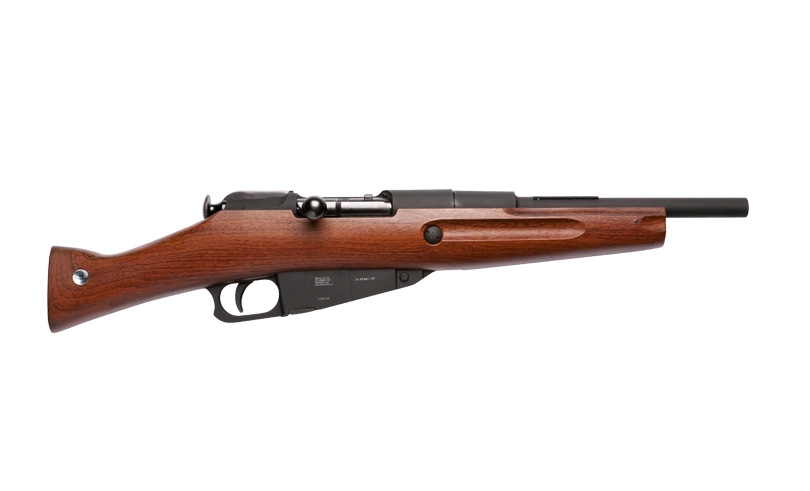 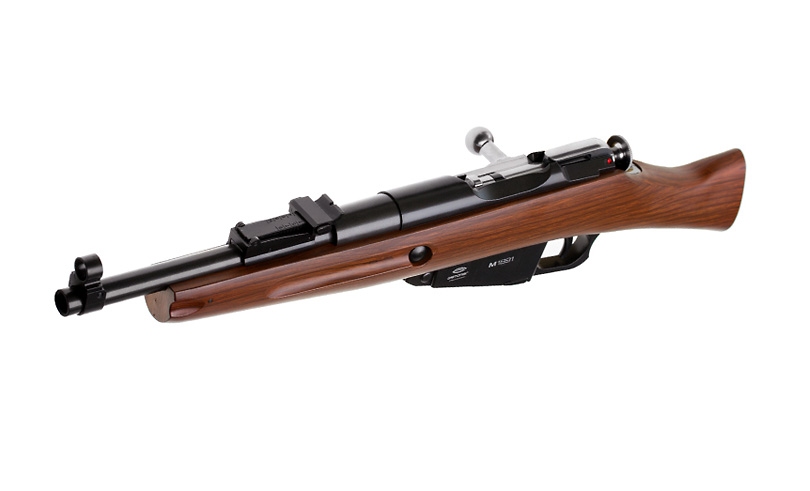 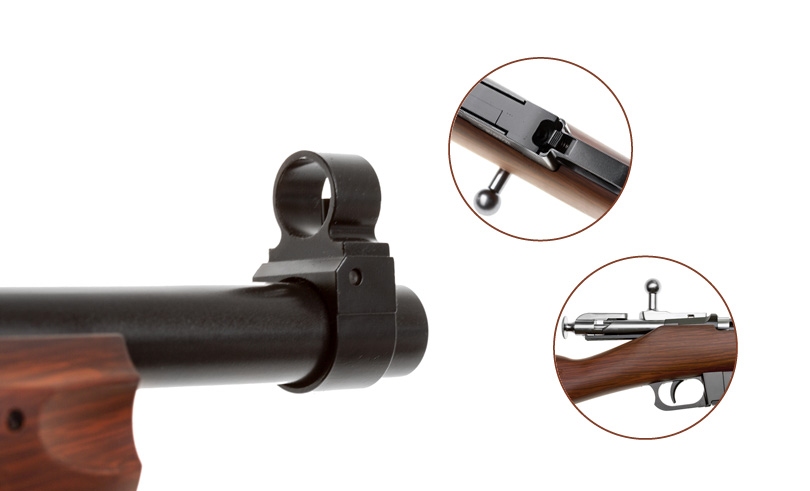 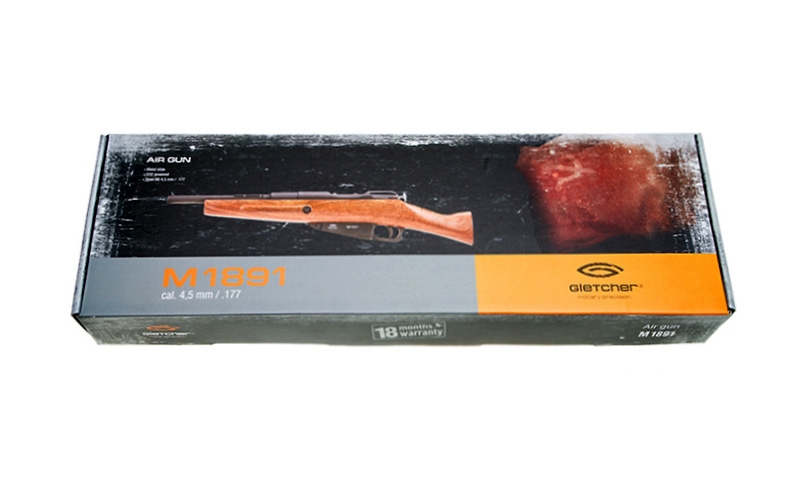 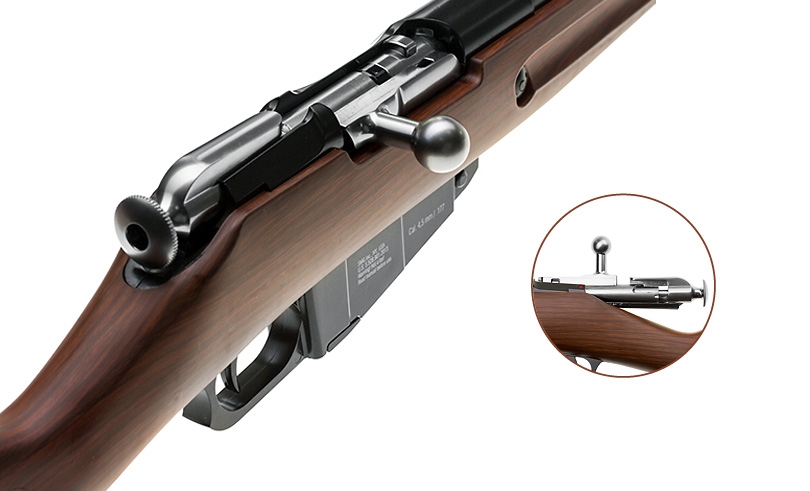 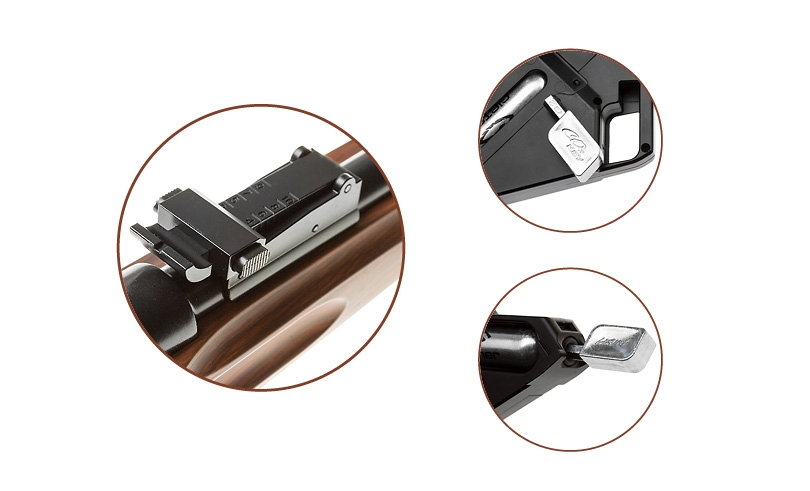 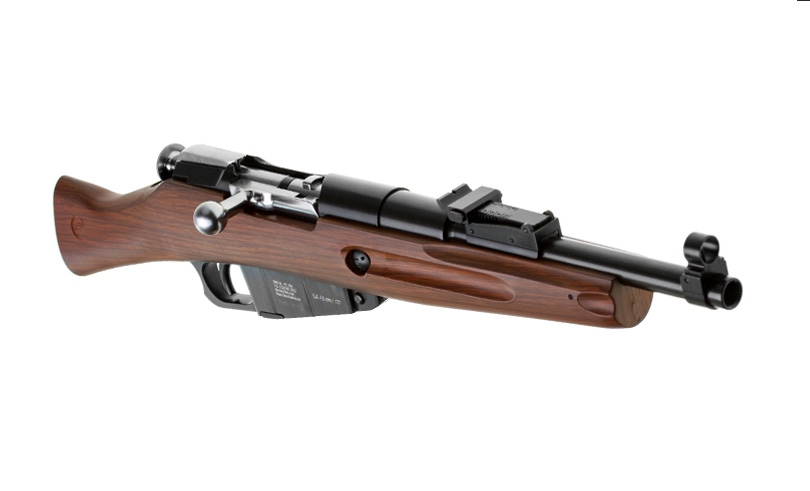 Inspired by its legendary design which was made famous during the Russian Civil War, this timeless piece will appeal to the collector and sports shooter alike. 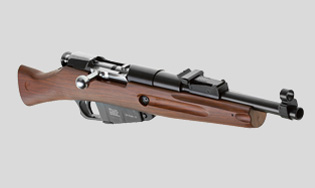 This is a true heavyweight in the Gletcher lineup: 5.6 lbs. One can immediately appreciate the solid feel of the Gletcher M1891 considering the barrel, bolt mechanism, and magazine are all made of metal. 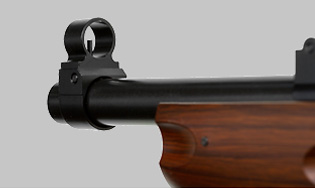 One particular objective of the rebels that carried this gun was to be able to conceal it in appropriate situations. Adding to the inherent characteristics of this sawed off rifle, this gun has a removable sight. This functionality was included in the Gletcher M1891 in order to stay true to the historical accuracy of this weapon. 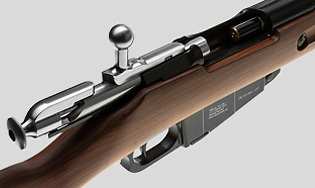 Shoot, pull back the bolt, shoot again, and once again pull back the bolt. This was the only way to shoot from manual bolt action rifles. The Gletcher M1891 works exactly the same way! The ammunition in the gun barrel for subsequent shots is actually fed into the firing chamber by opening the rifle’s bolt. 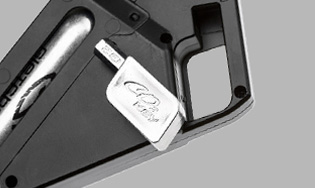 Anyone who ever faced the need to carry a tool in order to screw in a C02 cartridge while using a pneumatic weapon can appreciate this welcome functionality. The M1891 has a compartment for storing the accompanying retention screw tool in its magazine.

Weighing more than five and a half pounds, the weight and size emulate the real thing… even the sight is removable to preserve the replica’s authenticity. Built-in hex wrench, original sliding bolt. 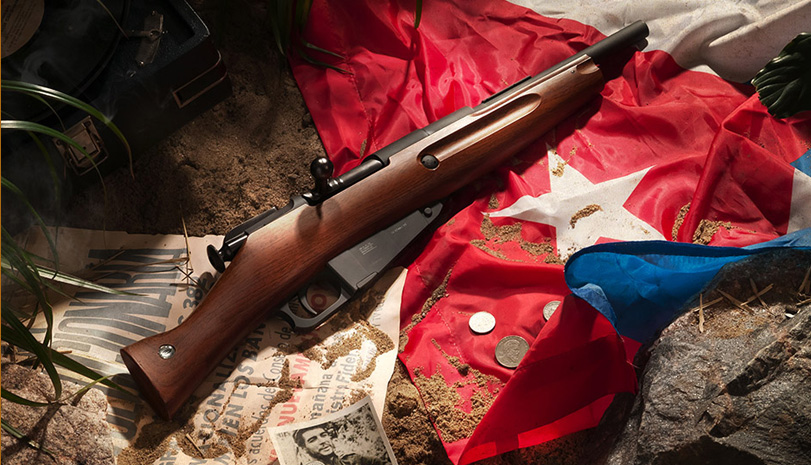 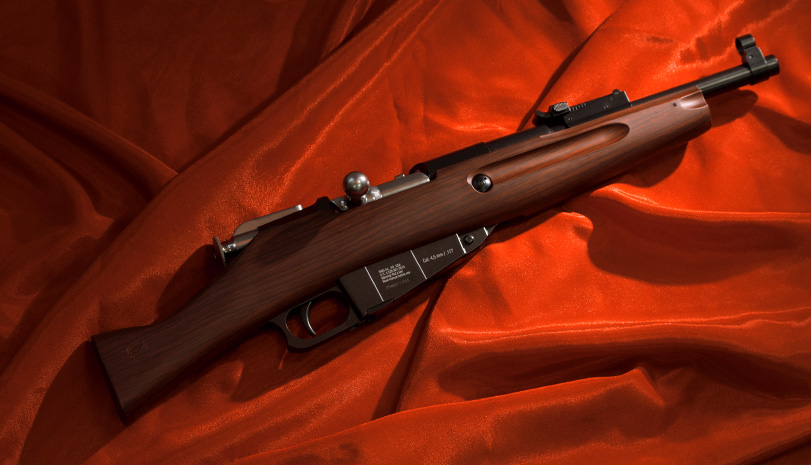 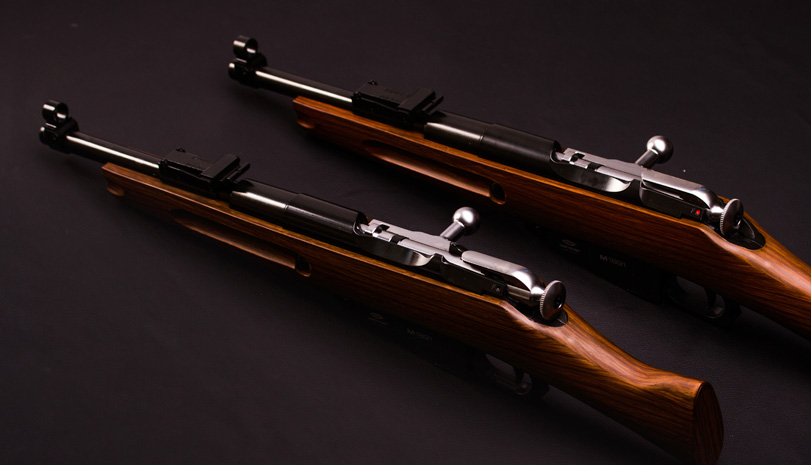 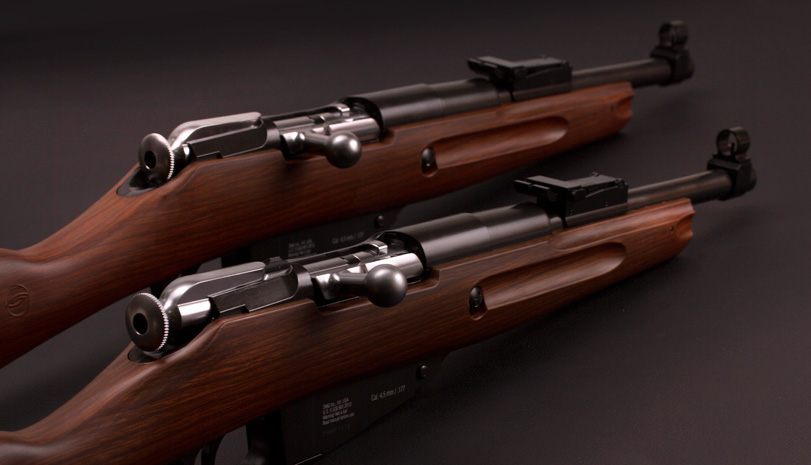 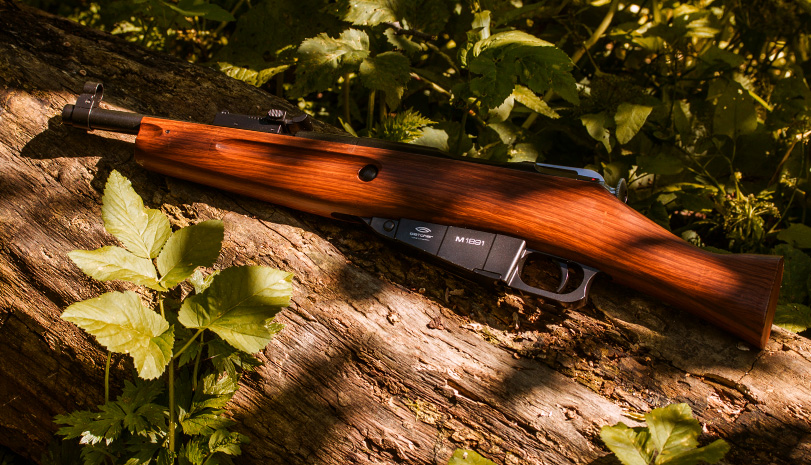 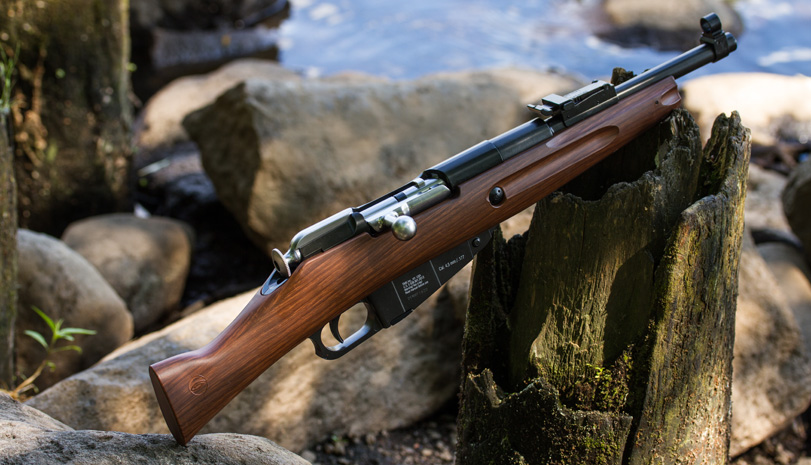 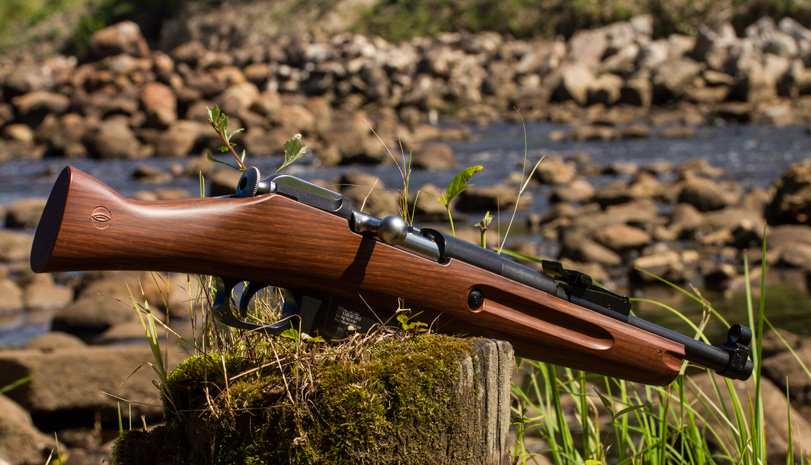 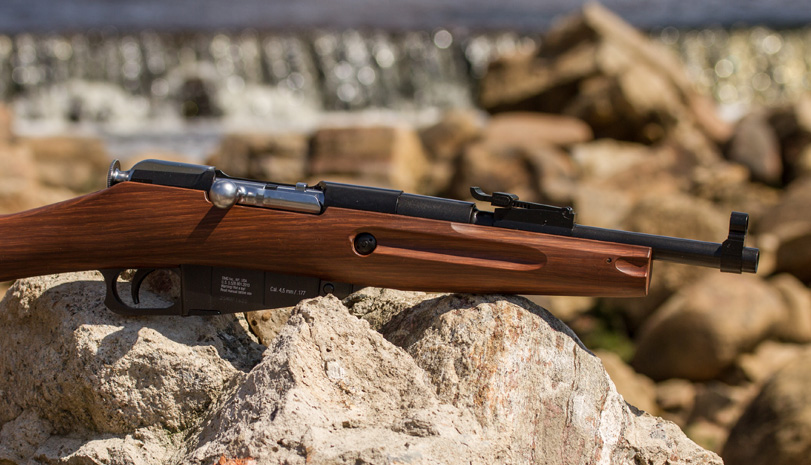 The Mosin-Nagant rifle is one of the most popular rifles ever produced (in total, approximately 40 million units). It was created based on the design of Russian military officer Sergei Mosin and Belgian engineer Leon Nagant, and has been mass-produced since 1891. This rifle has been involved in all major military conflicts of the twentieth century. During its glory days, the Mosin-Nagant was like a modern day AK-47: the most simple and reliable way to defeat the enemy. Even today, the Mosin-Nagant rifle can be seen in reports from the scenes of hostilities in the Middle East. Because of its historical significance and popularity, this rifle is appreciated by modern day collectors and hunters alike.

Sawed off rifles are useful when the compactness of a weapon is much more important than its range. Unlike conventional rifles, the sawed off version could be discreetly worn under ones clothing, giving the combatant much more firepower than a traditional pistol. Relished by Cuban Guerillas, Russian Partisans, and the Italian Mafia, the sawed off rifle was ideal for those looking to be able to blend into a crowd. The Gletcher M1891, a pneumatic version of the Mosin-Nagant rifle is a unique addition to any collection.

Gletcher M1891 – The pneumatic version of the sawed off rifle: weapon of choice for revolutionaries, rebels and bandits. Compact, discreet and dangerous. One could imagine finding a similar piece in the arsenal of Clyde Barrow. Bolt, aim, shoot! Repeat! 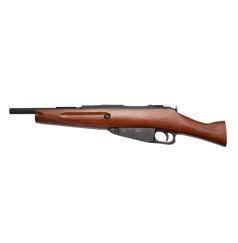 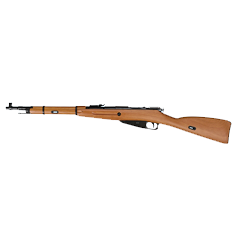 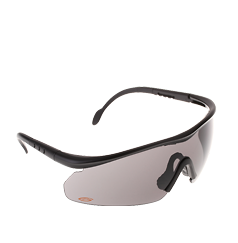 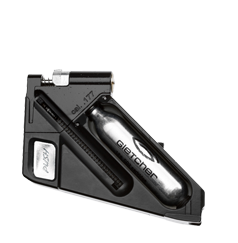 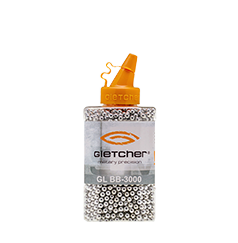 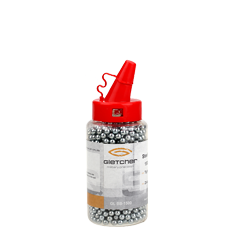 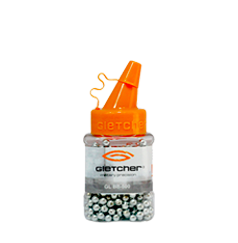 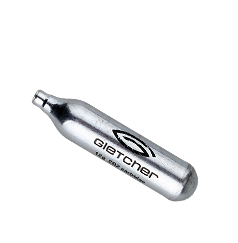 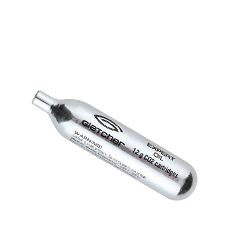