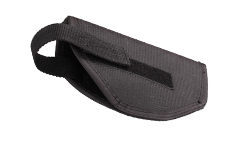 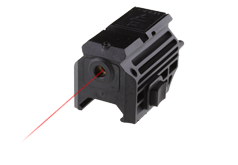 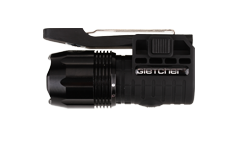 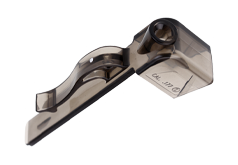 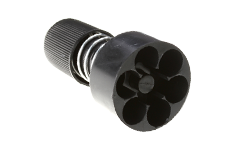 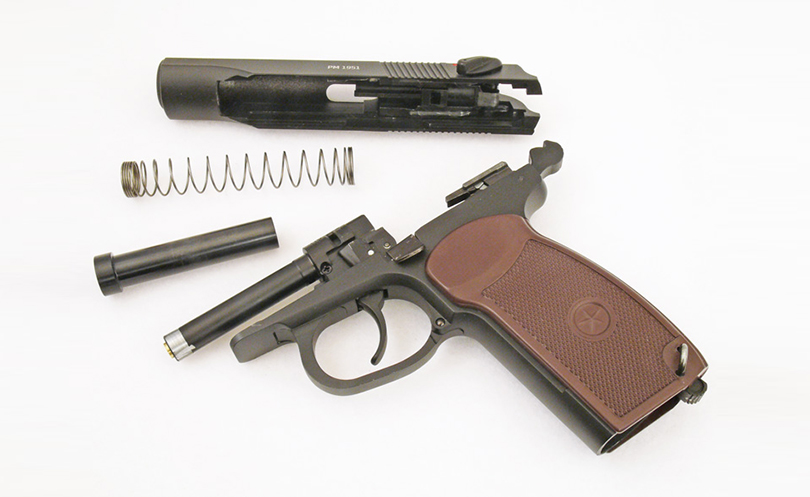 Total score: 88%! The Gletcher PM 1951 air pistol is very realistic and operates just like the firearm in copies in all major respects.

At a Street Price of $100, the Gletcher PM 1951 air pistol is pitched into a very crowded marketplace. There’s a great variety of choice in replica BB pistols selling at $100 and even more in the range between $90 and $110.

As you can see from Doug’s photograph, both the Gletcher PM 1951 air pistol and the Makarov-type firearms field strip in the same way. Further dis-assembly is not advised for either the firearms or air pistol. 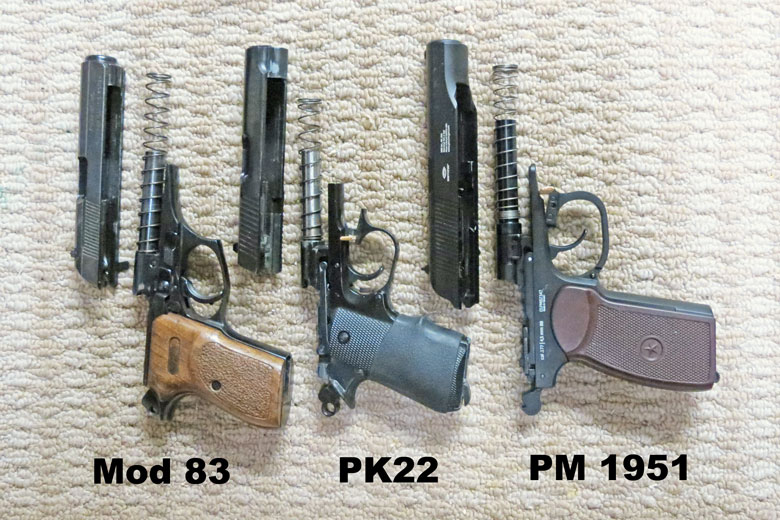 At a weight of 1 Lb 11 Oz (including CO2 cartridge), the Gletcher PM 1951 air pistol has a satisfying heft that’s very close in weight to the original.

HAM tester Doug Wall described the blowback action of the Gletcher PM 1951 air pistol as “excellent”. It continued to operate well so long as the CO2 supply lasted and gave a very realistic feel to the pistol. 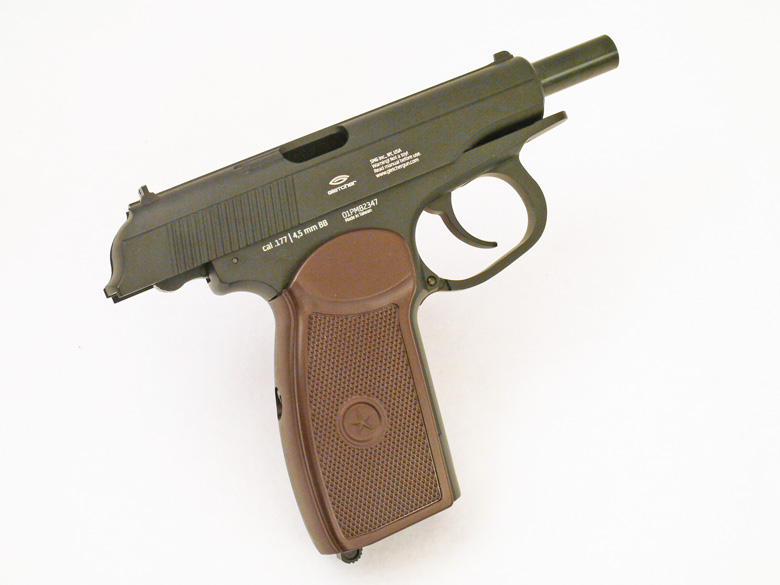 After the last BB is fired, the PM 1951’s slide locks back in the open position – just like the prototype firearm. The slide release lever can then be pressed and the slide slams forward, ready to fire once the magazine is refilled with BBs. The slide also cocks the external hammer at the rearward extent of its travel. Again like the Makarov.

At an average pull weight of 3 lb 10 oz, the trigger of the Gletcher PM 1951 air pistol is a pound or two lighter than the firearms versions, and better for it! The trigger feels smooth and good. Pull length is not long and the letoff is consistent and predictable.

The trigger of the PM 1951 is single action only. This is different to the firearm version, which is double action on the first shot from a hammer down condition.

The HAM testers found it somewhat difficult to load BBs in the PM 1951. The follower spring for the BB column is unusually strong and the follower itself is small and rather difficult to engage. Strong finger or thumb nails are a definite requirement for loading the PM 1951. 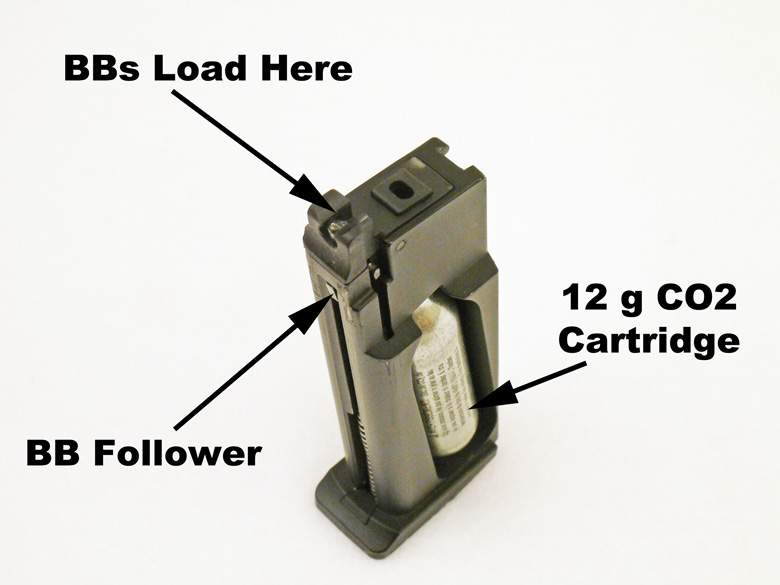 ACCURACY AND POINT OF IMPACT

As can be seen from the test targets below, the Gletcher PM 1951 air pistol was “minute of soda can” accurate at 6 yards. Hornady Black Diamond, Daisy Avanti Precision Ground Shot and Umarex Steel BBs gave the best accuracy in the Gletcher PM 1951 air pistol tested by HAM. The groups produced by these BBs were excellent. They indicate that the PM 1951 prefers heavier, larger diameter BBs.

Best accuracy was claimed by the Avanti Precision Ground shot. This gave an excellent group of just 3/4-inch x 5/8-inch at 6 yards (plus a flyer called by Doug). This is outstanding accuracy for a BB pistol. As expected, the group widened out considerably at 10 yards.

Like the original, the Gletcher PM 1951 air pistol is a close range piece, not intended for long range use.

Unfortunately the PM 1951 tested by HAM shot low. HAM tester Doug Wall shot this air pistol with a “6 o’clock hold” on the black center dot. As the sights are not adjustable, this means that an owner would need to aim a little high to gain the best results from the Gletcher PM 1951 air pistol. 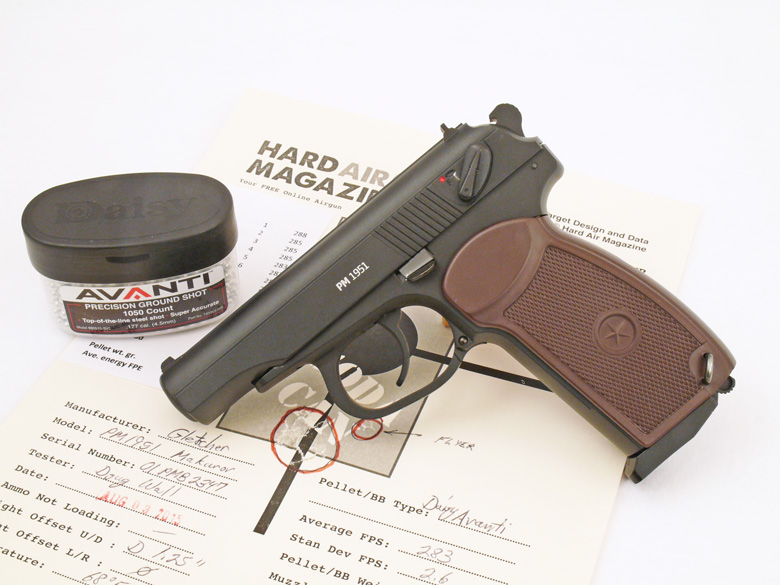 The main specification claim made by the manufacturer for the Gletcher PM 1951 air pistol is that it gives a muzzle velocity of 328 fps.

Most purchasers of the PM 1951 will not be too upset by this, however, as realism – not maximum muzzle velocity – is a much more significant driver of customer satisfaction for firearms replica BB pistols.

As with any CO2-powered BB pistol, best velocity and consistency will be with slow fire. Some velocity will be regained by resting the gun between strings, thus allowing it to warm up. You can see a slight drop in muzzle velocity from the Chrony printout on many of the targets as each string was fired.

Standard Deviation, the statistical measure of that velocity change was very low and consistent at less than 3 fps for each string. This is excellent performance for the Gletcher PM 1951 air pistol.

During HAM testing, the PM 1951 air pistol delivered no jams or misfires.

Accuracy was consistently very good to excellent with all the standard HAM pistol test pellets. Trigger pull weight was very consistent too, varying by at most 4 ounces from the 3 lbs 10 oz average recorded in the HAM tests.

Muzzle Energy held to exactly 0.95 Ft/Lbs and tested muzzle velocity to 283 or 284 fps irrespective of the type of BBs used.

All this makes the Gletcher PM 1951 air pistol tested by HAM an extremely consistent airgun!

The Gletcher PM 1951 air pistol tested by HAM gave 97 shots at 68 degrees F with a muzzle velocity of above 200 fps from one 12 gram CO2 cartridge. This is a good shot count for a blowback CO2-powered pistol and – like muzzle velocity – would be higher if shot in a warmer environment.

One notable feature was that blowback operation continued to function for the full 97 shots.

At shot 98 the PM 1951 experienced “valve dump”, as the little remaining CO2 exhausted itself from the gun. “Valve dump” is not an unusual phenomenon for CO2-powered airguns and so HAM tester Doug Wall was not surprised by this.

the Gletcher PM 1951 air pistol tested by HAM demonstrated very consistent muzzle velocity. It shot at 283 or 284 fps with all the BBs tested at 68 degrees F. This gives a muzzle energy of 0.95 Ft/Lbs. That’s plenty for paper punching and some close range plinking, but not for hunting any type of critter under any circumstances.

The muzzle velocity continued at above 280 fps until about shot 80. After this, the fps declined very rapidly.

Overall appearance of the Gletcher PM 1951 air pistol is very realistic. At just a few yards, it’s impossible to tell from the firearms prototype. 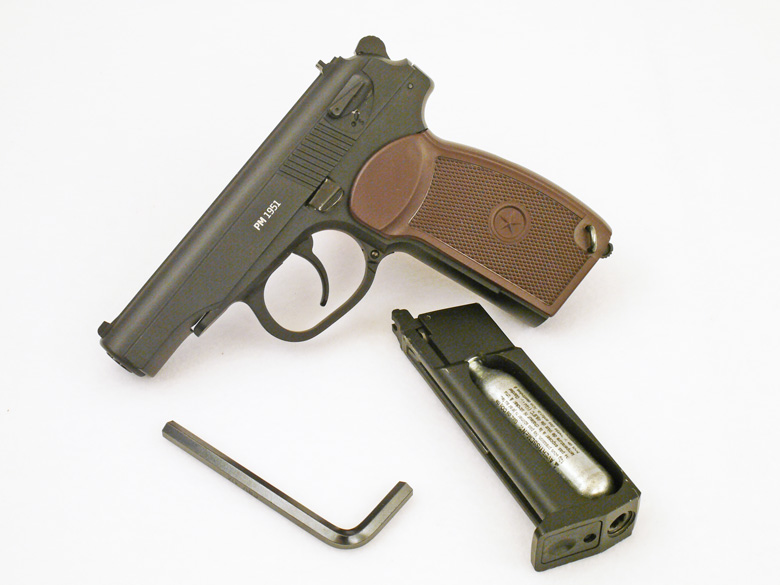 The Gletcher PM 1951 air pistol  is a new model and – as yet – it’s not too easy to find for sale outside the manufacturer’s website at http://gletcherguns.com/shop/air-guns/pm1951.html

Sport Manufacturing Group offers an outstanding 18 month warranty with the Gletcher PM 1951 air pistol – well above industry norms. Spare magazine are also available from the manufacturer, should you require one.

HAM is conflicted about the need for an Allan wrench to engage the CO2 cartridge in the magazine. The main problem is that it’s easy to lose the wrench – in fact I can’t find it right now as I’m writing these words! Also, it would be easy to over-tighten the cartridge as the wrench is very long and strong.

For reference, the PM 1951 magazine uses a 6mm hex wrench.

On the other hand, there’s no finger-operated “key” to drop down and possibly spoil the appearance, as is the case with some other CO2-powered replicas…

There’s a simple, yet useful, manual provided with the PM 1951. This includes instructions in English, German and Russian.

Gletcher provides an useful parts diagram on the inside of the box. But this is not a pistol you will want to dismantle. It’s pin-assembled and not designed for user maintenance. As the valve mechanism is contained in the magazine, however, a new magazine will give you a new valve, in the unlikely event of trouble with that part of the gun. 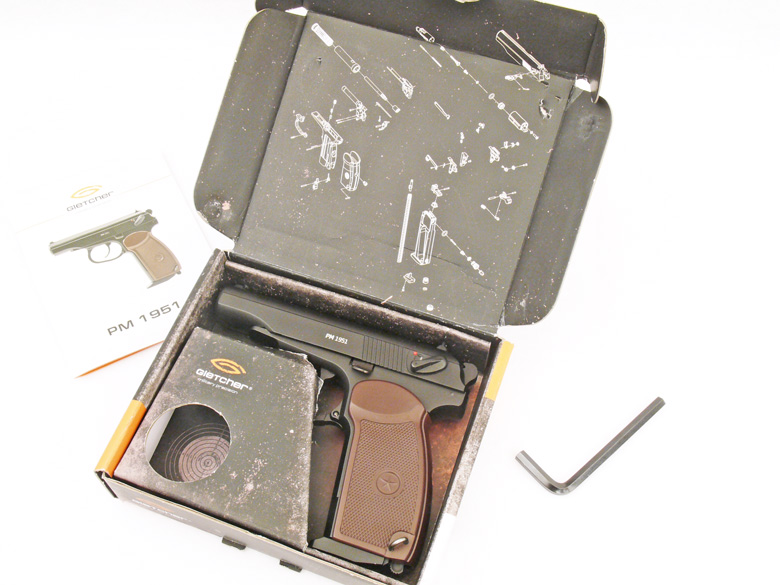 The manufacturer recommends that the Gletcher PM 1951 air pistol is lubricated  after 500 – 1000 shots by loading special Gletcher Silicon Oil CO2 cartridges. Alternatively, a drop of Crosman Pellgun Oil on a standard CO2 Powerlet will achieve a similar result.

SAFETY FIRST. As with all BB-firing airguns, it’s necessary to wear shooting glasses when firing this airgun. Also do not shoot at hard surfaces or water. BBs tend to bounce off these surfaces and may hit you, or something other than what you intended. If in doubt, don’t pull the trigger! Due to the realistic appearance of this product, handle it as you would a firearm. Do not display it in public or in any place where it could be mistaken for a cartridge firearm. 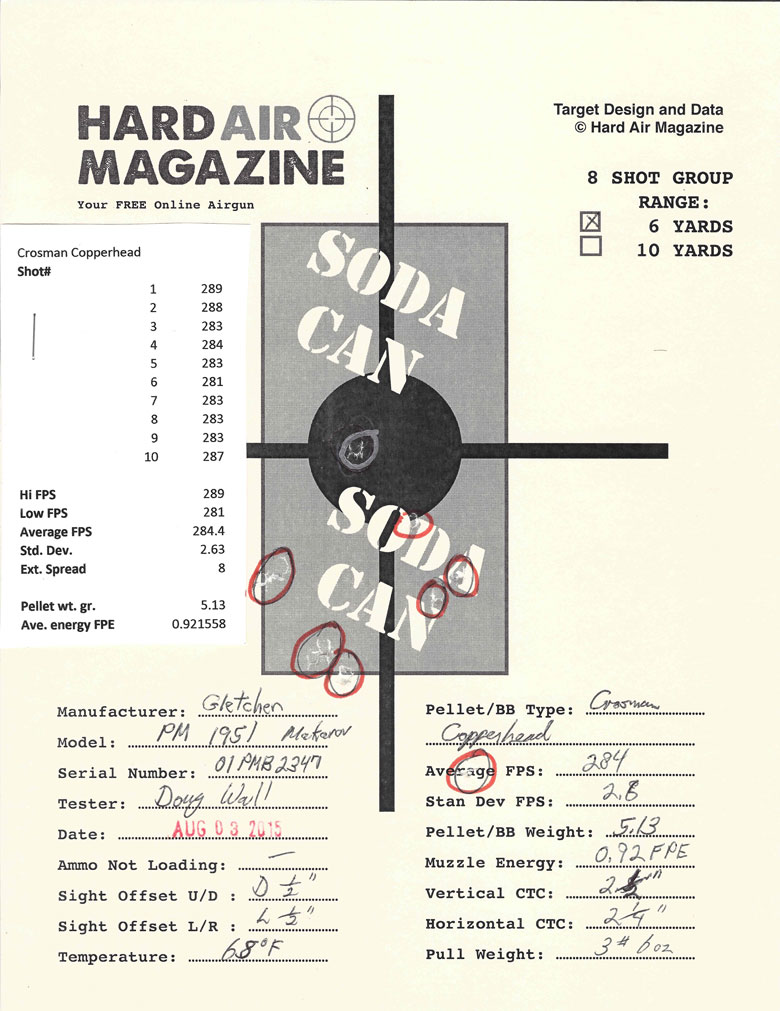 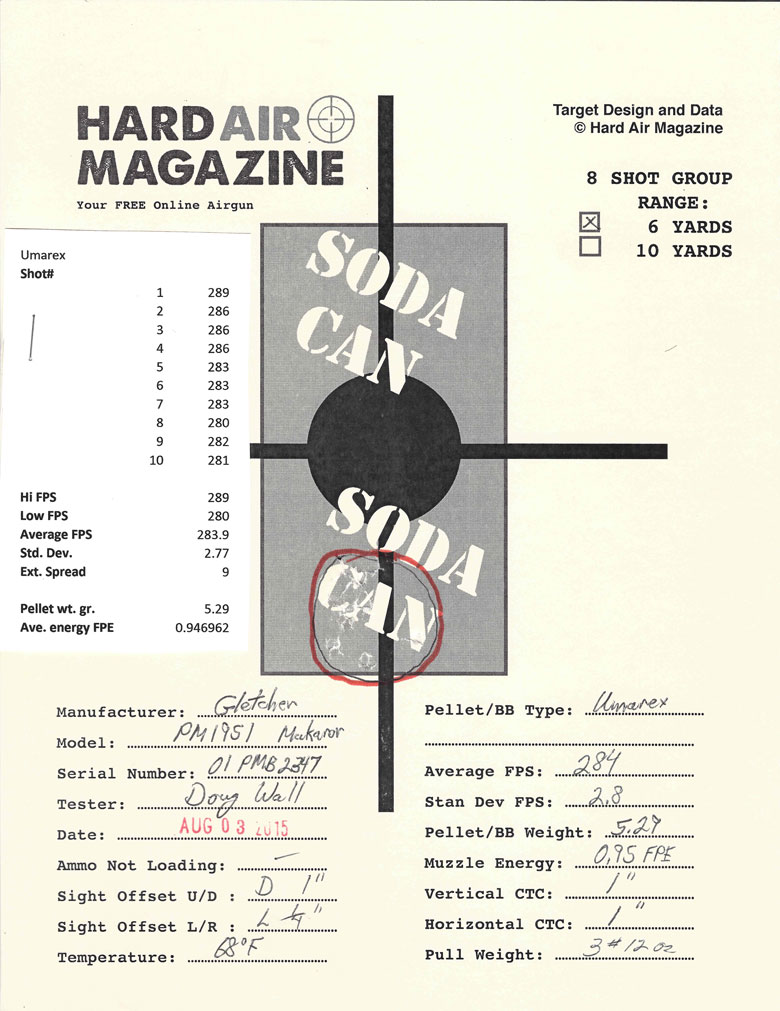 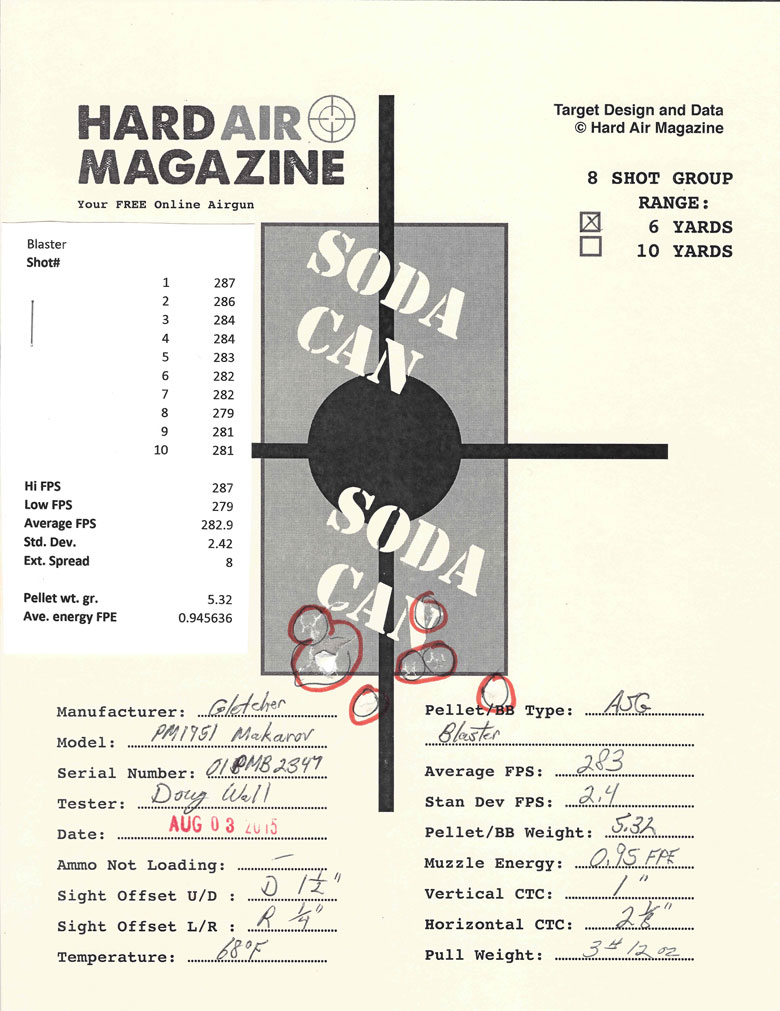 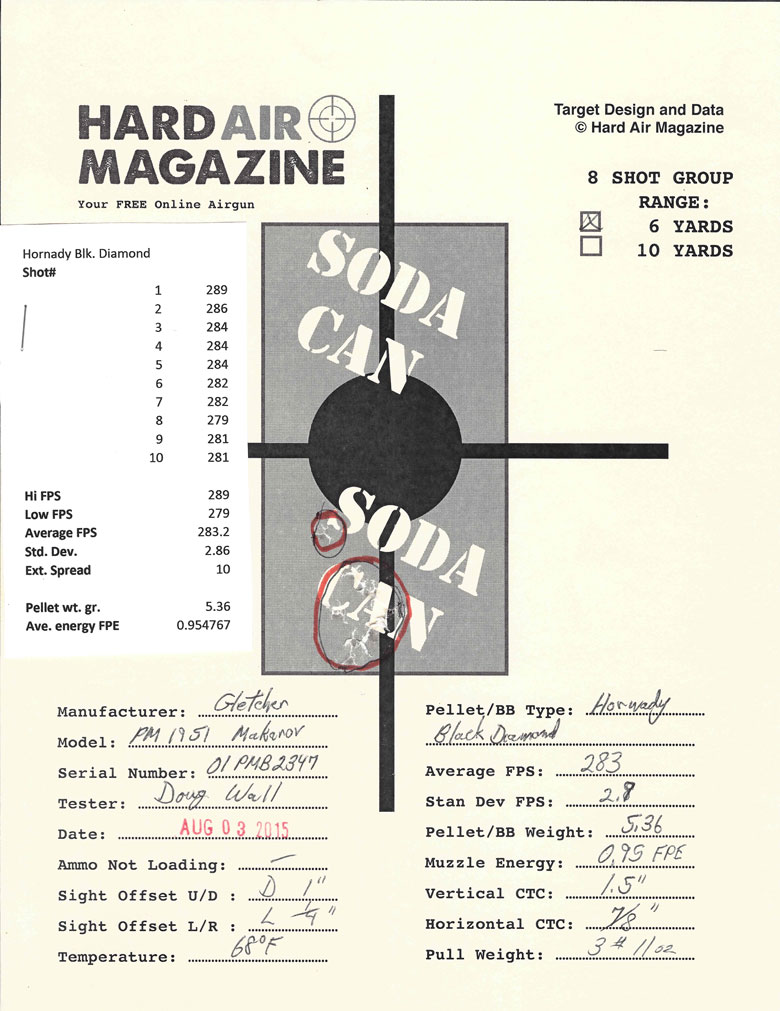 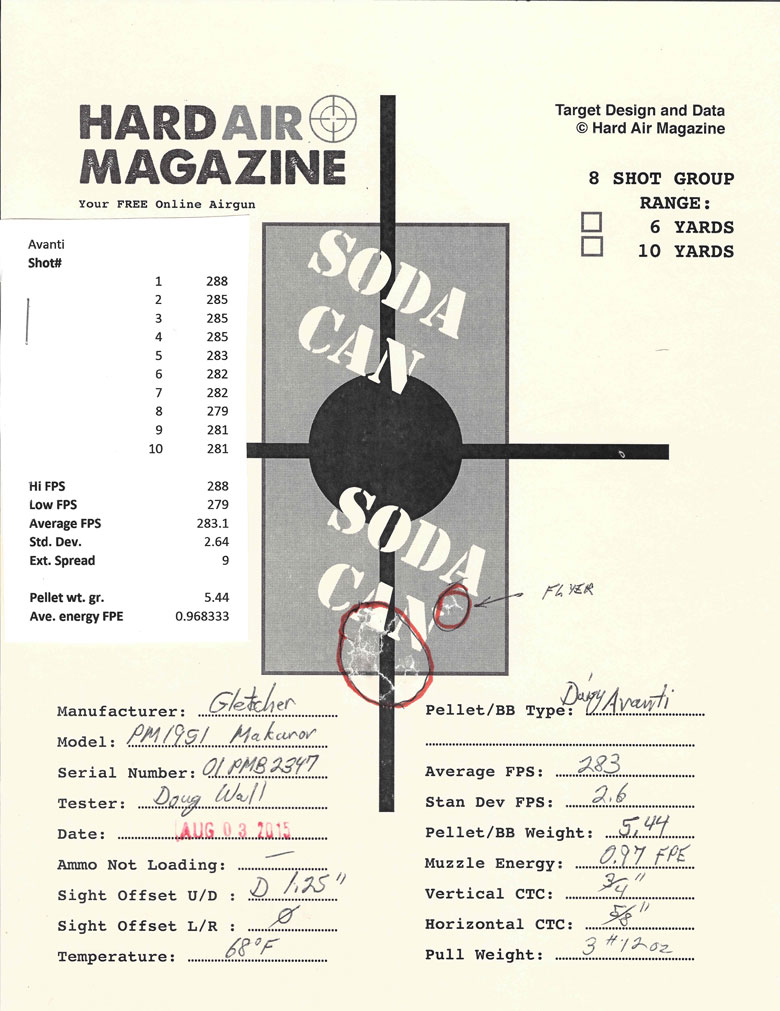 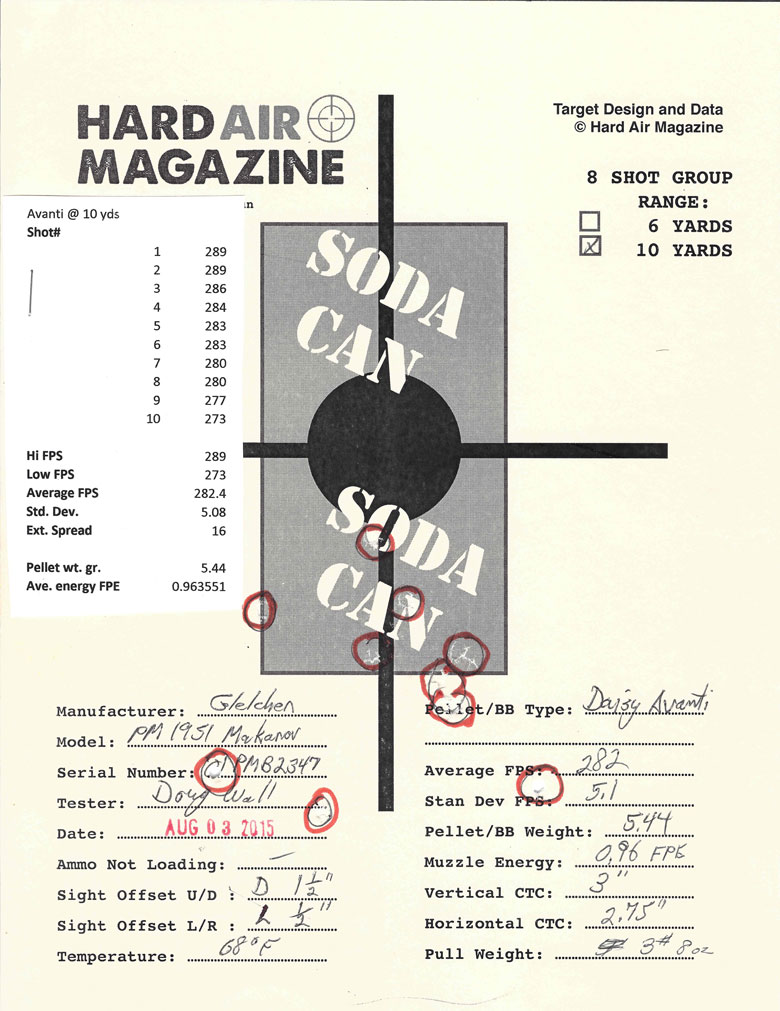 This entire article including scoring, test targets etc is Copyright Hard Air Magazine and may NOT in part or in whole be reproduced in any electronic or printed medium without prior permission from the publisher. 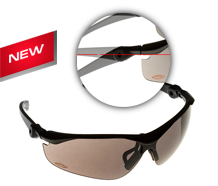 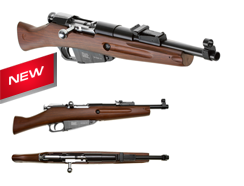 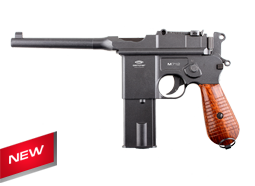